A downloadable game for Windows

Every kid has that one toy that scares them. Imagine if it came to life.

I don't know how to mod Mr Hopp's Playhouse.

I have no words. This is just a great game!

And I also bet that Mr Hoop's Playhouse 2 takes place after the events of the escape artist ending.

I saw the trailers for Mr Hoop's Playhouse 2

Hey moon bit, I think this feature would be great if you have an MULTIPLAYER option (online multiplayer) which has both private servers (enter the code or create a server code) and a public server which has a limit of 6 players. PLEASE ADD THIS IN BOTH THE GAMES THIS WOULD BE GREAT

Moonbit i really wish in mr hopp's playhouse 2 fullscrean option. Please add it into the game.

I noticed today what happened to Ruby's grandmother. I thought all that time she was alive and she died only at the end of the game when she was crushed by Mr. Hopp. When Ruby said i thought you are... and she did not end, i thought  she thought mr. hopp killed her.

Wait why was the gun removed from the safe and replaced with a slingshot? This makes no sense to have a slingshot inside a safe.

Cuz' it'd make not just less sense to keep a gun in there, but there's also some rules about kids with guns in videogames and other media.

Yea i know the rules but it really doesn't have sense.

Can I still get the original version?

Maybe if you find the old file somewhere?

Let me know if either of you find it.

I played the game and i wanted to do firestarter ending i had the fluid and the matches, hopp did not kill me and when i wanted to fire it, it did not work, maybe because of i went off the game a few times.

I think the fact it is game from the (i think not old game but i think from an old environment) old times it gives the game a new dimensiom P.S. I love the old looking games.

Moonbit please in mr. hopp's playhouse 2 give people option to have fullscreen. I wanted to switch it with a second game i played and i did must to close mr. hopp'splayhouse and go at the game

A new escape artist ending is a lot more scary. The original was scary too but the new is more.

OK!!!!!!!THE GAME IS SCARY ON IT'S OWEN BUT I SWAR AFTER I INSTALLED THIS A GHOST HONTED MY HOUSE

Here's what I will say. This game did get me, I like the idea of the Sneaking stealth based theme, it made the game a little more scary for me. I did go for all the endings and was surprised with the FNAF and Slenderman Reference you added in the game. Which was a shock lol. I did enjoy it and loved it and I can't wait for Mr.Hopp's 2. :) 🥔

This game is kinda like escape the uyawoki cuz it has chapters and A LOT OF THEM.

Reply
MOONBIT86 days ago
Come hang out for a bit ;)
Reply
iatronudist104 days ago(+1)

This is a bit of a long story so I'll try to condense it.

The first time I played Mr Hopp I had nightmares for a month. It was then that I realized I was a total chicken. Over the course of a year, I played different horror games of increasing terror (including some simpler ones like DDLC and some creepier ones like FNAF) until I thought I was ready. And you know what?

I couldn't imagine ever being scared of this guy.

The moral of the story: Humans can be psychologically conditioned to believe anything given enough time. Thank you for motivating me to become a horror buff, Moonbit Studios! I will be anxiously waiting for the sequel.

And who knows? I might be a streamer one day thanks to you guys...

My video on this!

Reply
SHXXTZZ167 days ago
I dont

I threw away all my teddy bares after playing this.

Bro i threw them before playing it

I litteraly screamed so loud I got in trouble by my parents! Very good game and good storyline! Check me out! Thank you!

This game is fun, I wouldn't consider it funny, just a fun horror game. As most games follow it has creepy toys and questionable plot lines, but none of this makes it boring because, despite it's easy mechanics and predictability it has little unexpected or hard to find bits within it, The story it tells is intriguing and fun to think about. Not to mention how Mr.hopp can be seen as scary or funny from different viewers/players. 8/10 would play, unless you're a bit jumpy.

really looking forward to an update. this game was amazing

I can't find any way to mod this game. Help?

You can't, it's compressed and locked to prevent stealing and modification and Clickteam intended that.

You should remake it instead in Clickteam Fusion.

Dunno, buy it on Steam and watch some tutorials how to make games in Fusion.

What device are you on or planning to download it on? It can only be downloaded on windows, but you can check on steam to see if you can download it there!

It's coming to app stores but we're having some real crashing issues, trying to fix it ASAP.

Hey Im Andre_MvP, A gaming youtuber who played this game and got some very good jumpscares in lol! If you can I would appreciate your support !

I'm putting together a project for the 10th Anniversary of Game Theory, and I was wondering if I could send you some information! Please email me at redberryweobusiness@gmail.com if you are interested in more information. Thank you!

Hey, still no android port of this, I'm making the port but it's too hard since I'm still learning, can you give me the .mfa file of this?

You can give me a link and send email to me.

I'll make the android port. I made one from scratch, but it's too hard. (and I don't have experience in making platformer games.) 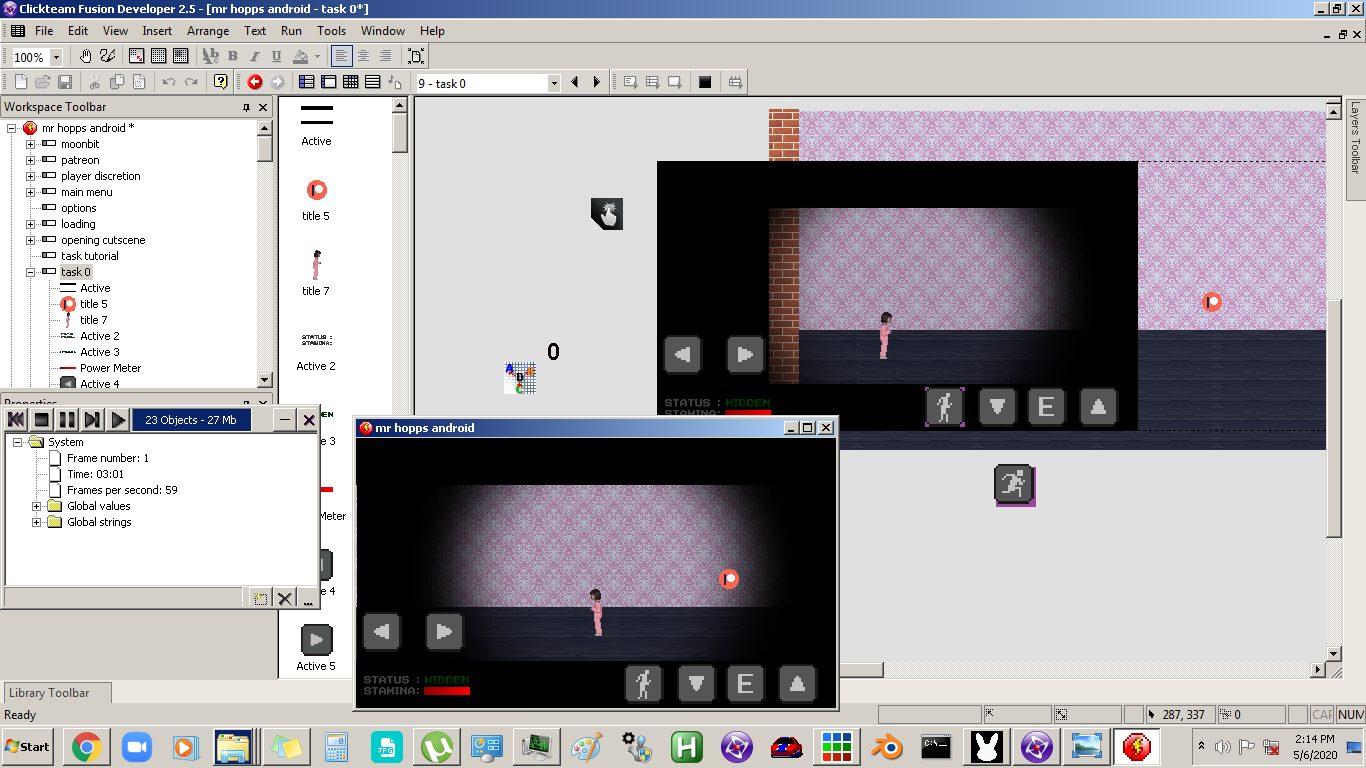 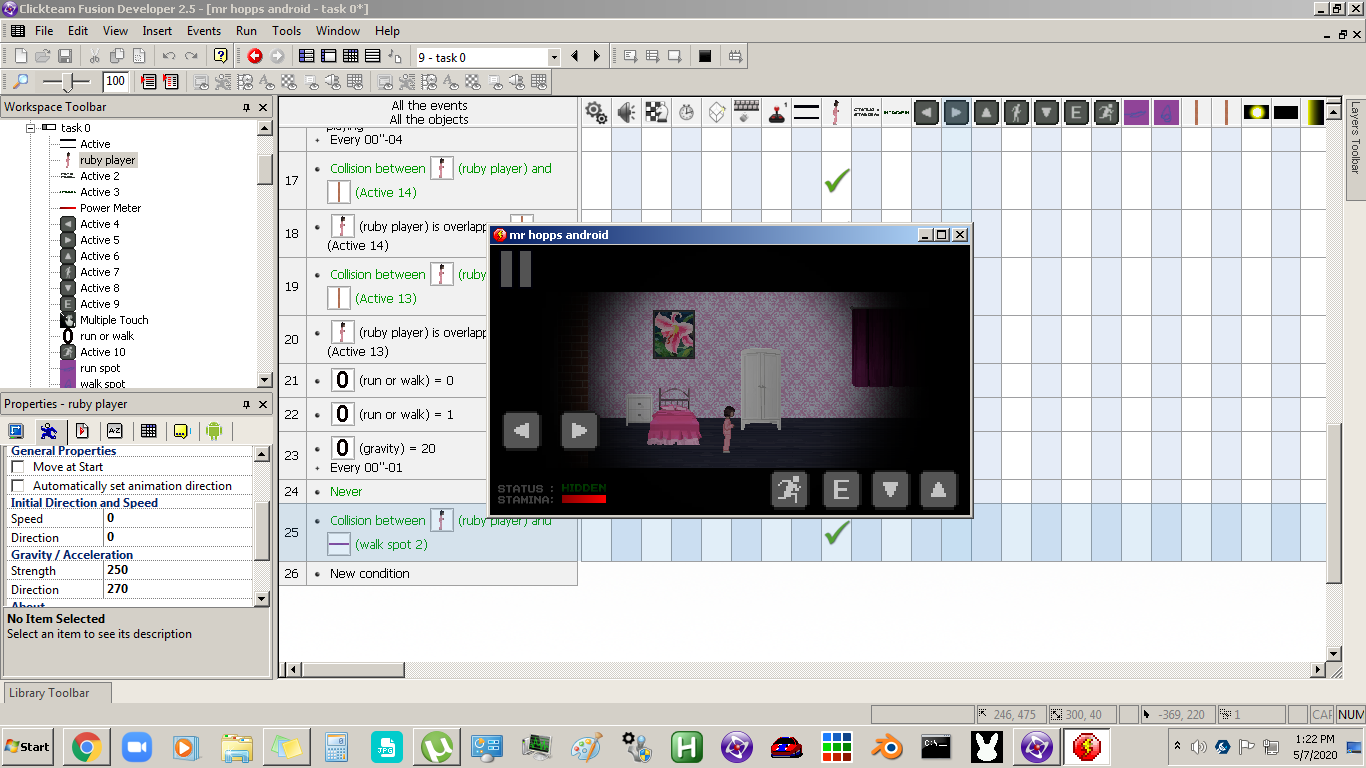 I want to help.

I'll translate the controls to touch, and I'll give you the port, and give credit to you.

Someone plz tell me.... What's in the second game, and is the game based off the last ending you had?

The second game will be i think with same game mechanics but it will be with Esther not with Ruby. In the game will be two more enemies mr. stripes and ms. boo. 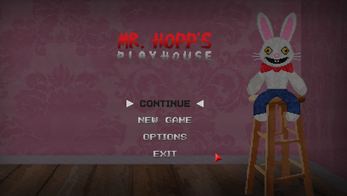 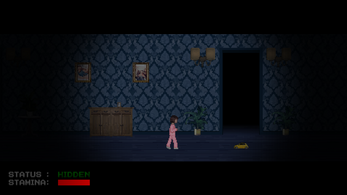 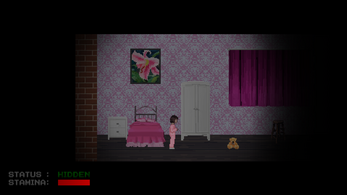 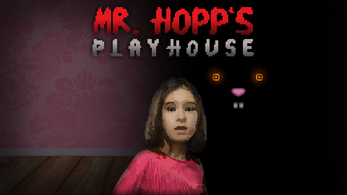 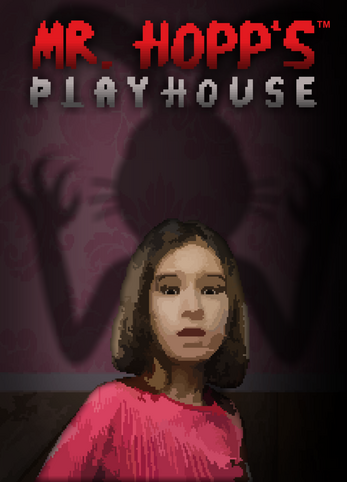